The Gravity Festival in Europe

The iXS Dirt Masters Festival is the ultimate mountain biking experience. Fourteen years ago, what has become the largest mountain bike gravity festival saw the light of day and is now one of the biggest international mountain bike happenings in the heart of Germany.

The Hochsauerlandkreis and the Bikepark Winterberg are getting ready for mountain bike events of superlatives and the preparations are in full swing. The industry is also looking forward to the three days of festival action and of course the major bike manufacturers have not missed the sporting development of this event in recent years.


The focus of the action this year will of course once again be on the four main events that make the festival what it is: a top-class Gravity Mountain Bike Festival!

Downhill races in German-speaking countries are usually mentioned in the same breath as the three letters iXS. How the brand's collaboration with professional racing spread from Switzerland to all of Europe is an exciting success story and already has over 15 years under its belt. iXS' involvement in downhill racing started back in 2003 as title sponsor and took the next step in 2004 with the development of a series. In 2006, iXS found itself as the perfect partner for the Dirt Masters Festival. 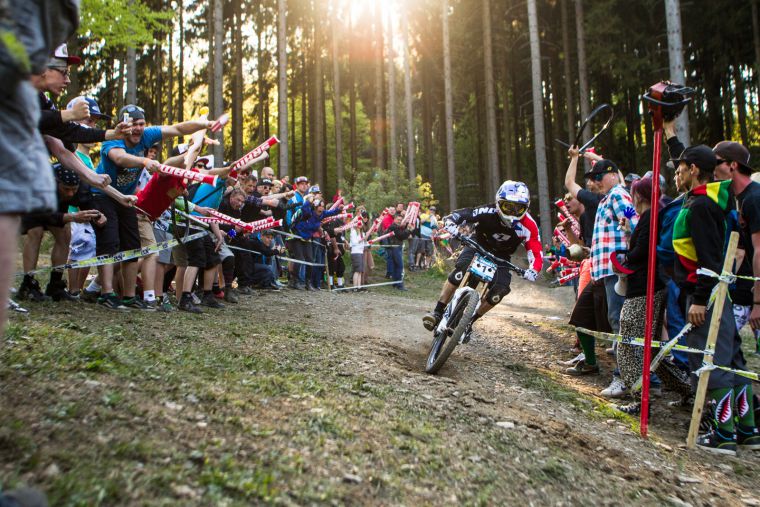 The traditional iXS Downhill Cup race as part of the festival has already had celebrities such as Gee Atherthon (GBR), Mick Hannah (AUS) or Aaron Gwin (USA) on its podium. Most recently, New Zealand's Edward Masters (2016), Greg Williamson from Great Britain (2017), David Trummer from Austria (2018) and South African Theo Erlangsen (2019) dominated the race in Winterberg, which underlines the internationality of the series.

Enduro is and remains a wonderful format, without time pressure and mostly together in a group. Idyllic landscapes are not uncommon in such a race and team spirit is paramount. The race in Winterberg takes place mainly in the trail park Winterberg and on natural routes, where artificial obstacles are rarely found. Accordingly, as is almost always the case, whoever brakes first loses! At the Enduro Challenge in Winterberg there is also the possibility to ride the routes partly in advance and without time pressure or stress. So you can get a general impression of the stages. Chill and Ride!

The best mountain bike slopestyle riders in the world compete at the Continental Slopestyle and promise a spectacular contest. Challenging runs with lots of airtime and style are guaranteed. The massive backdrop of the Bikepark Winterberg offers a unique setting for this sport. 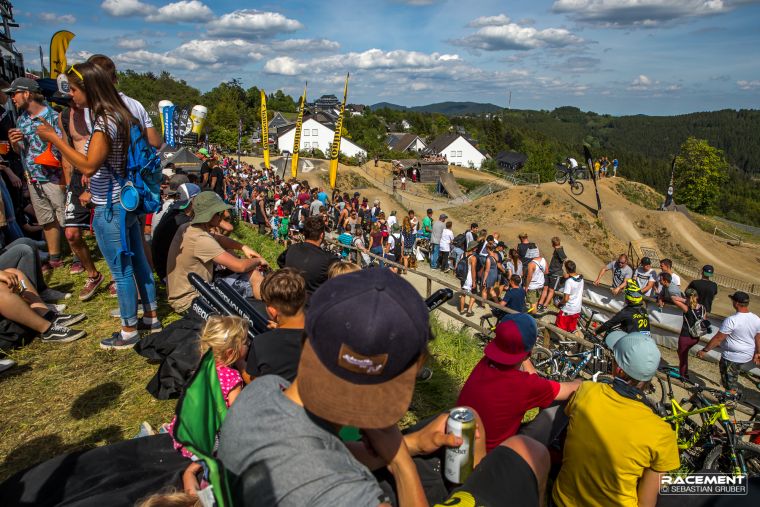 The slopestyle competition is definitely one of the spectator highlights of the festival.

Under the eyes of certified judges, the riders have to prove their skills in terms of trick difficulty, amplitude as well as execution and style. The athletes have two qualification runs and two subsequent final runs to get the best out of themselves and the unique Bikepark Slopestyle. Whoever wants to win here in the end simply has to bring the best airtime to Winterberg!

Mountain bike Fourcross sport has had a loyal following in Germany for years. Johannes Fischbach, Guido Tschugg and Steffi Marth or Benedikt Last are our worldwide recognized ambassadors of the German scene and still show themselves hungry, attacking and with considerable success. All of them have also already successfully conquered and celebrated the BMO 4X Rumble. In 2021, the highest Fourcross series in the world, the 4X Protour, will be back in Winterberg with an international starting field. The four riders, fierce duels, all that peppered with fast sprints and long jumps - these are the facts to master in the Fourcross. The most explosive of all mountain bike events thrills spectators and riders alike. 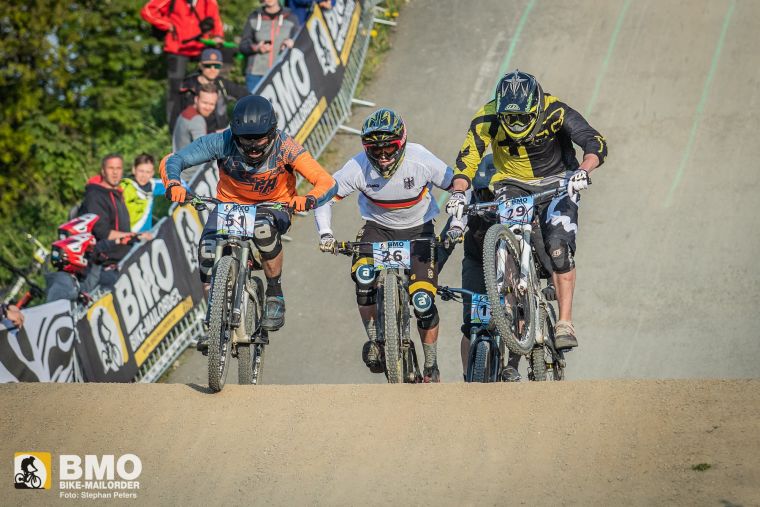 Fourcross has a long tradition in Winterberg and there are not many places left in the world that remain loyal to this action-packed discipline.

The side events of the iXS Dirt Masters Festival are also solid:

Warsteiner Whip Off presented by Spank

The slopestyle area will also host the much sought-after Warsteiner Whip Off presented by Spank. 35 invited riders will be allowed to take part in this spectacle and fight for the highest and most spectacular whip!

Everyone is excited to see what the top-class riders will pull out of their bag of tricks in mid-September. The Rose Best of Ten will be another hot one and the cash will change hands faster than roulette when the best riders battle it out for the Best of Ten of their repertoire! 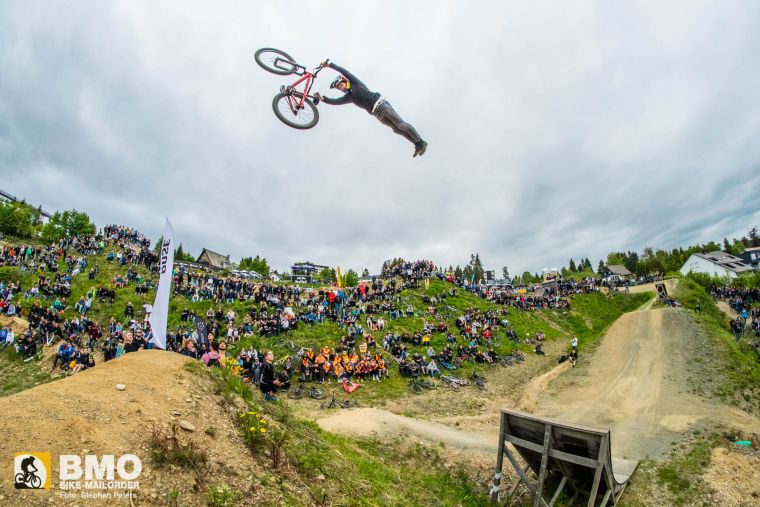 Every year, the Rose Best of Ten Contest kicks off the festival.

There's another new format for the e-mountain bikers: the Schwalbe Uphill Flash e-powered by Bosch! You have stamina, are an absolute technician on the MTB and are up for a direct comparison? Then you're in the right place! In this type of dual slalom, we turn the direction of travel upside down and also put obstacles in the way. No matter if you are a woman or a man, a girl or a boy, a pro or a rookie, in the Open Class participants from 14 years on are welcome! That's all you need to add - with a little bit of muscle and guts, you'll have a lot of fun here!

For the youngsters, fun and race feeling will be offered again this year:

For the age groups from five to ten there is now the suitable format to experience already first small competitions on two wheels. You could also say: the pre-school for the Rookies Cup. After the start numbers have been issued, the kids meet for a welcome, the "Riders Meeting" and a joint trackwalk. Afterwards they train before it gets serious and the start beep sounds. Two small competitions on technique and downhill are on the agenda - all age-appropriate, of course. The focus is on the experience - the kids should have fun and action, meet bike friends and get to know new ones and get used to competitions in a playful way. Everyone wins, the three fastest even win gold, silver and bronze. 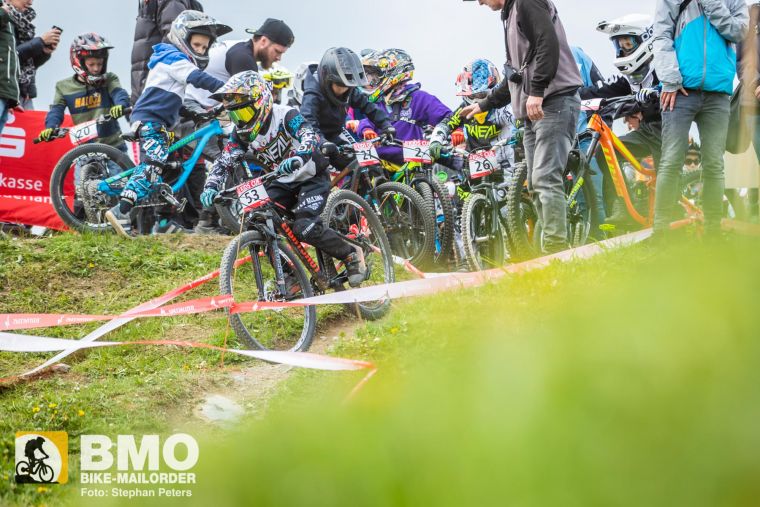 The premiere of the Kids Cup in Winterberg was already a great success in 2019.

Due to pandemic, there will be a spectator limit in the slopestyle area for each day this year. You want to be there live? Then you can still buy tickets for the event days until Thursday - but here you also need to be quick, because the signs are "Sold out". 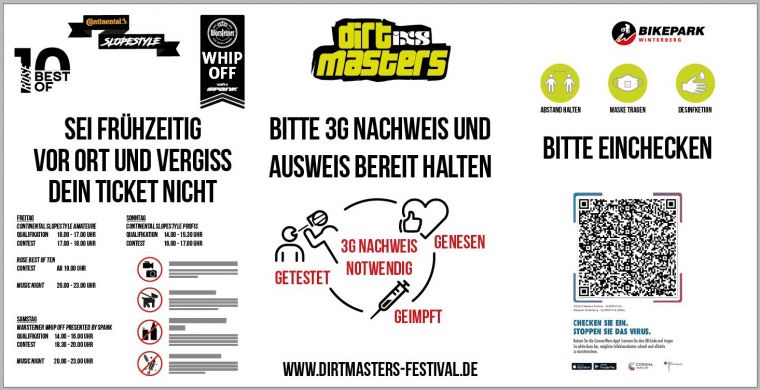 For the rest of the site and the Expo area there will be no restrictions except for the now usual 3G rule - tested, recovered or vaccinated. Of course, the already usual distance and hygiene rules will apply. You can find more detailed information at the menu 'Festival'.

However, from 2022 at the latest, the Bikepark Winterberg and the festival's organization crew are again expecting an event on the usual scale and full steam ahead! The date for 2022 can already write every cycling fan in the calendar, because the iXS Dirt Masters Festival is planned from 26-29 May 2022!

Hopefully we'll see you at the iXS Dirt Masters Festival in exactly four days and we're looking forward to seeing you!